Lorraine, Jessica and Mark travelled to Henley on Thames to take part in a 14km swim down the Thames between the bridges at Henley and Marlow.

The event was organised by The Henley Swim and has been run each year for the past eight years by the Club but with only a handful of Henley swimmers taking part. This was the first year it has been opened up to swimmers from other clubs. The swim itself was not a race but more of a social swim with eighty five swimmers divided into three groups with the swimmers in each group matched by swim speed.

The swim started at 8.10 am under Henley Bridge in a water temperature of approximately 17 Celsius. Wetsuits were optional but half a dozen brave souls swam the distance in a swimming costume overcoming not just the cold water temperature but also an abundance of insect life along the way. For the record we all wore wetsuits.

The course was divided into five stages, with a short stop and feeding point at the end of each of stage, with bananas, Mars bars, Power Bars or malt loaf on offer. The first stage was approximately 4km long during which all eighty five swimmers swam together escorted by a number of support canoes and boats, with the lead canoe controlling the pace for lead swimmers. At the end of the first stage we were divided into our groups and swam the remaining distance with our new friends. The swim was aided slightly by the current but as there has been little rain recently it was only flowing at approximately 50% of its normal speed. There was a lot to see along the way including numerous locks and weirs and the occasional boat or two.

However the high-light was the church at Marlow which was situated right by the river where the vicar appears to have cut Sunday morning service short so he could watch and wave to the swimmers as they passed by.

The last 2km of the race proved a bit of a struggle for both Mark and Lorraine who were not surprisingly absolutely knackered from the previous 12km and were desperate to see the finish line under Marlow Bridge. Jessica however uncharacteristically broke the main rule of the swim and used the last 2km as a time trial, sprinting ahead of the leading group along with four or five other swimmers, each desperate to be the first under the bridge. In the end Jessica finished fourth in a time of just 3 hours 20 minutes with Mark not far behind in approximately 3 hours 24 minutes. Lorraine finished in a time of 4 hours and 15 minutes, a really creditable performance.

Only two swimmers failed to complete the swim which given the temperature and distance was a really good achievement.

Overall the team thought it was a great swim and experience especially when there are not many of these longer distance swims open to club swimmers. The Henley Swim also did a great job in organising and running the event on the day. 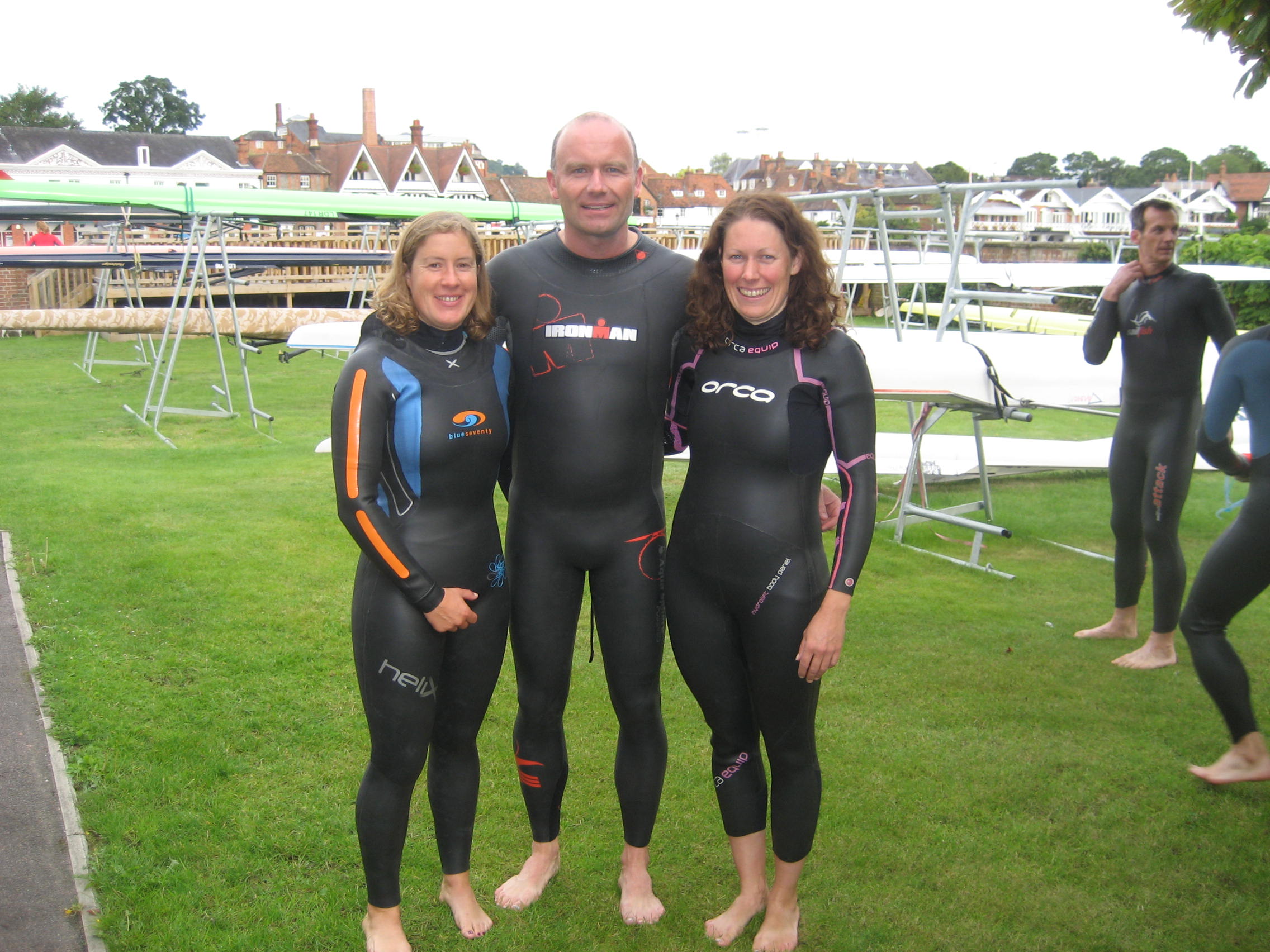